Ken is celebrating one year as a US citizen on July 19! It’s hard to believe it’s already been one year since he took his citizenship oath.

By his final year of high school in India, Ken knew he wanted to move to the United States. He knew it would be a much better place to live than his cramped home in his hometown of Pune. When his older brother’s friends would visit from abroad, they would share their success stories, and Ken knew that he wanted to be like them someday.

In 1964, Ken started working at a penicillin factory while attending college before qualifying as a Lower Division Clerk in the tax office. After four years working for the government, he got an offer to move to Hong Kong with a custom tailoring company. Leaving India and moving to Hong Kong, from where custom tailors traveled across the world, was the first step to realizing his dream of coming to the US.

After gaining experience with the business, he formed a partnership with some friends to open their own custom tailoring company. So in 1972, Ken boarded a flight. As the plane approached San Francisco, Ken saw the flyovers and the big cars and knew he finally arrived.

He began traveling across the US, riding Greyhound and staying at Holiday Inns across the country. Ken briefly settled in Fresno, California as he continue to work in the custom tailoring business. He realized another dream when he learned to drive on a white 1966 Impala and got his driver’s license issued by the great state of California.

Ever the entrepreneur, Ken continued to search for better opportunities in custom tailoring, as well as the apparel trade on both the wholesale and retail side, and relocated to Dallas and then Austin.

The summer of 1975 found Ken living temporarily at the Goodall Wooten, a private dormitory in Austin where I also happened to live while completing my degree at the University of Texas over two decades later. At heart, Ken still considers himself a Texan. (As a #GirlFromTexas, I have to agree!) While in Austin, Ken bought his first car, a 1969 green Pontiac LeMans. 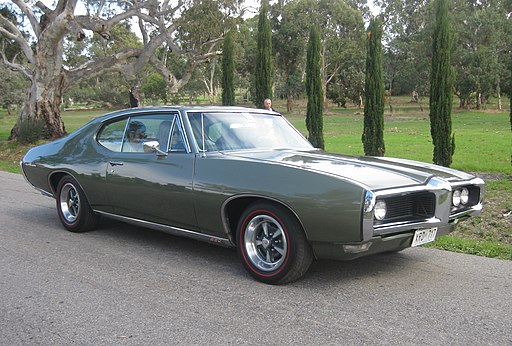 But despite his hard work, May 1976 saw Ken heading back to India in disappointment.

With family pressure to marry and settle down, Ken had to put his dream of living in America aside. He worked a couple of different jobs, married Reena, and found export opportunities in Taipei in 1980. Things were looking up, as was his Mandarin. But political tension between Taiwan and China led to currency instability, which forced Ken to relocate yet again.

And then came the chance Ken had been longing for, another chance to get back to the US. The family moved to St. Croix in the US Virgin Islands in 1988, where Ken took ownership of a store and continued his clothing export business. It looked like he’d finally realized the dream, an island lifestyle working hard but able to hang out on the beach with the family.

A Category 5 hurricane that stalled over the island, Hugo found Ken’s family rushing out of their home as cracks appeared in the walls and ankle-deep water covered the floor. Fearful the house would collapse like the identical one next door, the family planned to evacuate to the hurricane shelter when the eye passed, but instead found themselves spending the night in their minivan, which was stuck in the mud. Jimmy Buffett’s “Volcano” played all night on repeat from the only radio station still operating.

After the storm passed, they spent a few nights between their flooded house, the minivan, the shop, and a gym until moving into corporate housing. Power was restored to the shop first, which was in a shopping center that escaped looting thanks to gun-wielding landlords that camped out on the roof.

While business initially boomed, looting in St. Croix continued. So in 1990 Ken picked up and moved the family to Dallas near the friends he’d known since the early 70s. An opportunity to buy out a wholesale watch store brought the family to Atlanta in 1991. However, family health issues and economic fallout from 9/11 forced Ken to shut down the store at the end of 2001.

By November 2002, the family’s finances were dire. Ken found an opportunity to get back on his feet by going back to his roots as a custom tailor. This time it would be for Wall Street’s investment bankers in Lower Manhattan, doing the same work that kept him in the US from 1969 to 1973.

After a rough year away from family, he returned to Atlanta in December, 2003 to open Atlanta Custom Tailors. This company gave Ken the stability to buy his first house and the resources to apply for citizenship.

While Ken’s path to citizenship was a rocky one, he could not be more proud to be celebrating his first year as a US citizen and making a dream come true after 55 years. You’ll see him proudly sporting his Stars & Stripes cufflinks and casting his ballot. And while cars are no longer the size of boats, Ken hasn’t let that stop him from driving.